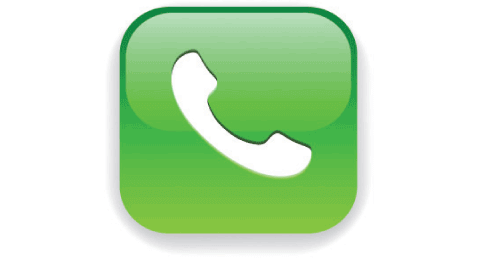 Dial-A-Lawyer is monthly on the first Wednesday

If you need to hire a lawyer:

Massachusetts: Virtual Court Services court users can receive face-to-face virtual assistance from court staff while remaining in the safety of their own homes.  Help with Housing, Land, Middlesex  Juvenile, Probate & Family Courts and much more.

American Association of Law Libraries.  Public Library Toolkit. Beginning with a section on general legal research, scroll down for STATE-SPECIFIC PUBLIC LIBRARY TOOLKITS.  Click on the state you need, example: Massachusetts, for listings with links to resources.

If you would like to use Ask a Law Librarian a question, you may chat, send an email, or request a document.

Law Guide: How to Use

Teach yourself and teach others. Learn basic legal terms, how to read a citation, review your civics education, and continue to proceed through your search for legal information.  Left Frame: Legal Literacy ; Legal Research Help ; Legal Topics

COURT.  If going to court, two helpful manuals have been published online through the Massachusetts Court System.

STARTING POINT: Be sure to use the Courts Self-Help web pages.

The first manual, released in June 2010, is entitled Serving the Self-Represented Litigant: a guide by and for the Massachusetts Court Staff.  A second guide, Representing Yourself in a Civil Case: Things to Consider When Going to Court.  Together they are excellent preparation when faced with the prospect of going to court.

Use the Legal Forms tab if you need additional resources for legal forms.

Trends reported by the National Center for State Courts and the Self Represented Litigation Network show an increase in persons with legal issues representing themselves, that is, going pro se, or cutting costs using limited representation by attorneys, and mediation over having a court determine the outcome. The Access to Justice Initiative is a growing movement, official in over thirty states, including Massachusetts.

Lawyers and Legal Help page offers a starting point to finding the assistance you need for finding legal information and a resolution to your situation.

Legal Literacy provides instruction to be used by the public and nonlaw librarians to grasp the basics of looking for legal information.

Use Legal Research Help to find a legal definition, learn to read a legal citation, and find basic websites and books about legal research.

Focus your question by subject area of law.

Look through the Legal Topics tab for Massachusetts subjects providing relevant legal citations and links to general laws, regulations, cases and forms. There is also extensive information and links for Federal topics.  Further forms may be found under the Forms tab.

Try to evaluate the governmental authority to get around the bases further.

For a local City of Newton ordinance, form or permit application, Newton residents see Newton Resources; otherwise residents of other locales consult Massachusetts Cities and Towns for Bylaws and Ordinances, or Laws of Other States and Locales.

Are you searching for a bill, pending legislation, a session law, an Act & Resolve, or a codified general law?  Consult the Massachusetts General Laws tab.  Have you been given a legal citation for a regulation?  Click on Massachusetts Code of Regulations (CMR).

Going to court and need a form?  Click on Legal Forms and Massachusetts Courts blue tabs to get started.  Find a Court Locator from the Massachusetts Court System and the United States Courts court locator.  Look for forms specific to the court where you will file the form.

Tracking court decisions or legislation in the news?  See Legal News, Laws of Other States, or Federal Primary Law, or the appropriate Massachusetts tab.

Cases might have been decided in Massachusetts, but what jurisdiction and what departments?: state or federal?  District Court, Superior Court, Bankruptcy Court, Land Court, Housing Court, Probate and Family Court?  Was the decision appealed?  Did it move on to the Supreme Judicial Court of the Commonwealth of Massachusetts?  to the United States Supreme Court?  To the highest court in another state? See Legal News, Massachusetts Courts, Laws of Other States, Federal Primary Law.

You may now have gathered enough background information to proceed to a city department, have a hearing, consult with an attorney, mediate a problem or go to court.   Find rules of court and related forms under the Massachusetts Court or Federal Primary Law tabs.  Hopefully a resolution will be achieved, and you can return to Home Plate.   The next time you have a legal question, begin again from Home Plate at the Newton Free Library's Legal Information Self Help Center LibGuide.